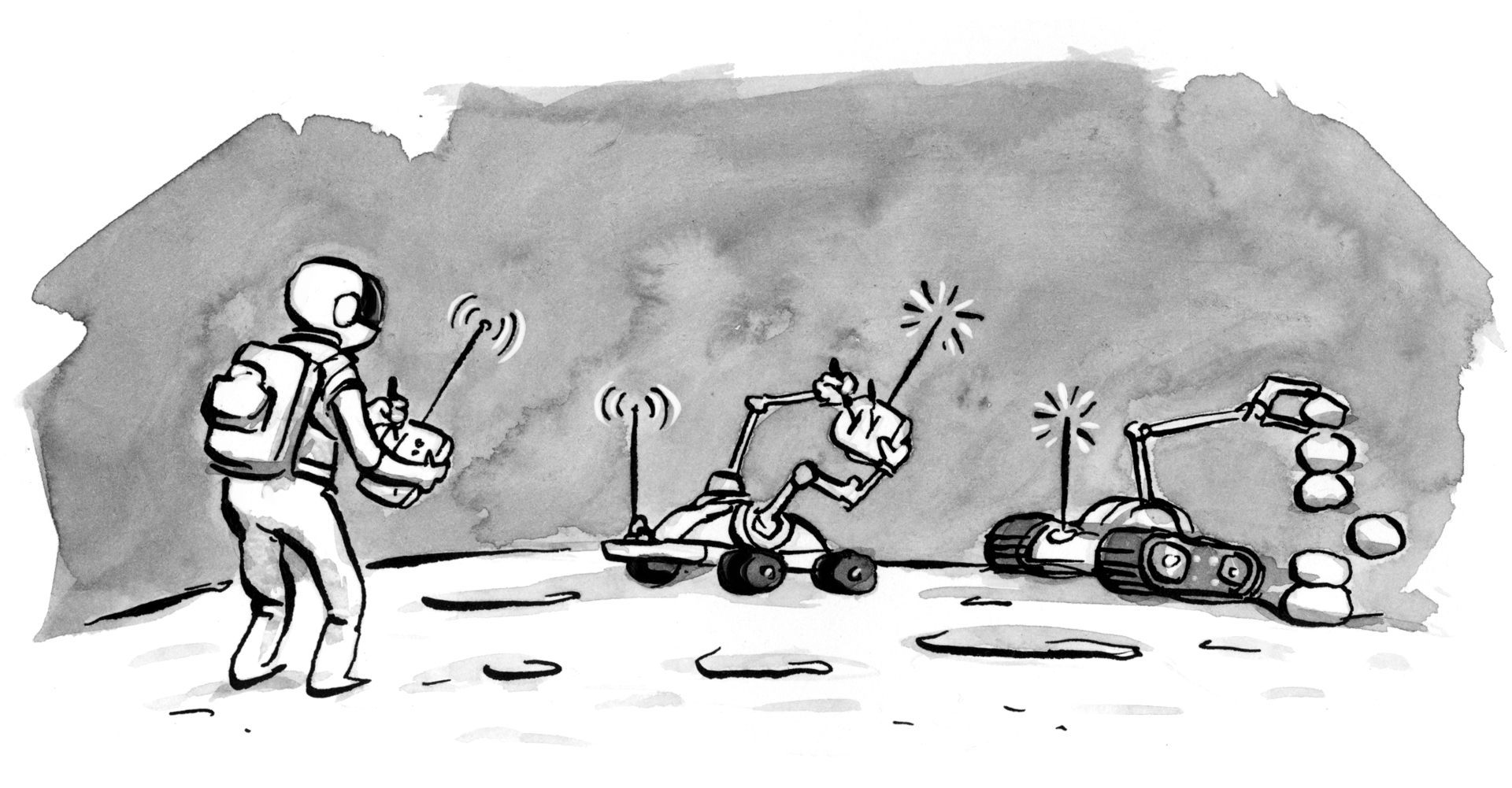 The Cult of the Complex

’Tis a gift to be simple. Increasingly, in our line of work, ’tis a rare gift indeed.

In an industry that extols innovation over customer satisfaction, and prefers algorithm to human judgement (forgetting that every algorithm has human bias in its DNA), perhaps it should not surprise us that toolchains have replaced know-how.

Likewise, in a field where young straight white dudes take an overwhelming majority of the jobs (including most of the management jobs) it’s perhaps to be expected that web making has lately become something of a dick measuring competition.

It was not always this way, and it needn’t stay this way. If we wish to get back to the business of quietly improving people’s lives, one thoughtful interaction at a time, we must rid ourselves of the cult of the complex. Admitting the problem is the first step in solving it.

And the div cries Mary

In 2001, more and more of us began using CSS to replace the non-semantic HTML table layouts with which we’d designed the web’s earliest sites. I soon noticed something about many of our new CSS-built sites. I especially noticed it in sites built by the era’s expert backend coders, many of whom viewed HTML and CSS as baby languages for non-developers.

In those days, whether from contempt for the deliberate, intentional (designed) limitations of HTML and CSS, or ignorance of the HTML and CSS framers’ intentions, many code jockeys who switched from table layouts to CSS wrote markup consisting chiefly of divs and spans. Where they meant list item, they wrote span. Where they meant paragraph, they wrote div. Where they meant level two headline, they wrote div or span with a classname of h2, or, avoiding even that tragicomic gesture toward document structure, wrote a div or span with verbose inline styling. Said div was followed by another, and another. They bred like locusts, stripping our content of structural meaning.

As an early adopter and promoter of CSS via my work in The Web Standards Project (kids, ask your parents), I rejoiced to see our people using the new language. But as a designer who understood, at least on a basic level, how HTML and CSS were supposed to work together, I chafed.

Everyone who wrote the kind of code I just described thought they were advancing the web merely by walking away from table layouts. They had good intentions, but their executions were flawed. My colleagues and I here at A List Apart were thus compelled to explain a few things.

Mainly, we argued that HTML consisting mostly of divs and spans and classnames was in no way better than table layouts for content discovery, accessibility, portability, reusability, or the web’s future. If you wanted to build for people and the long term, we said, then simple, structural, semantic HTML was best—each element deployed for its intended purpose. Don’t use a div when you mean a p.

This basic idea, and I use the adjective advisedly, along with other equally rudimentary and self-evident concepts, formed the basis of my 2003 book Designing With Web Standards, which the industry treated as a revelation, when it was merely common sense.

The message messes up the medium

When we divorce ideas from the conditions under which they arise, the result is dogma and misinformation—two things the internet is great at amplifying. Somehow, over the years, in front-end design conversations, the premise “don’t use a div when you mean a p” got corrupted into “divs are bad.”

A backlash in defense of divs followed this meaningless running-down of them—as if the W3C had created the div as a forbidden fruit. So, let’s be clear. No HTML element is bad. No HTML element is good. A screwdriver is neither good nor bad, unless you try to use it as a hammer. Good usage is all about appropriateness.

Divs are not bad. If no HTML5 element is better suited to an element’s purpose, divs are the best and most appropriate choice. Common sense, right? And yet.

Somehow, the two preceding simple sentences are never the takeaway from these discussions. Somehow, over the years, a vigorous defense of divs led to a defiant (or ignorant) overuse of them. In some strange way, stepping back from a meaningless rejection of divs opened the door to gaseous frameworks that abuse them.

Note: We don’t mind so much about the abuse of divs. After all, they are not living things. We are not purists. It’s the people who use the stuff we design who suffer from our uninformed or lazy over-reliance on these div-ridden gassy tools. And that suffering is what we protest. div-ridden, overbuilt frameworks stuffed with mystery meat offer the developer tremendous power—especially the power to build things quickly. But that power comes at a price your users pay: a hundred tons of stuff your project likely doesn’t need, but you force your users to download anyway. And that bloat is not the only problem. For who knows what evil lurks in someone else’s code?

If you entered web design and development in the past ten years, you’ve likely learned and may rely on frameworks. Most of these are built on meaningless arrays of divs and spans—structures no better than the bad HTML we wrote in 1995, however more advanced the resulting pages may appear. And what keeps the whole monkey-works going? JavaScript, and more JavaScript. Without it, your content may not render. With it, you may deliver more services than you intended to.

Alas, many new designers and developers (and even many experienced ones) feel like they can’t launch a new project without dragging in packages from NPM, or Composer, or whatever, with no sure idea what the code therein is doing. The results can be dangerous. Yet here we are, training an entire generation of developers to build and launch projects with untrusted code.

Indeed, many designers and developers I speak with would rather dance naked in public than admit to posting a site built with hand-coded, progressively enhanced HTML, CSS, and JavaScript they understand and wrote themselves. For them, it’s a matter of job security and viability. There’s almost a fear that if you haven’t mastered a dozen new frameworks and tools each year (and by mastered, I mean used), you’re slipping behind into irrelevancy. HR folks who write job descriptions listing the ten thousand tool sets you’re supposed to know backwards and forwards to qualify for a junior front-end position don’t help the situation.

CSS is not broken, and it’s not too hard

As our jerrybuilt contraptions, lashed together with fifteen layers of code we don’t understand and didn’t write ourselves, start to buckle and hiss, we blame HTML and CSS for the faults of developers. This fault-finding gives rise to ever more complex cults of specialized CSS, with internecine sniping between cults serving as part of their charm. New sects spring up, declaring CSS is broken, only to splinter as members disagree about precisely which way it’s broken, or which external technology not intended to control layout should be used to “fix” CSS. (Hint: They mostly choose JavaScript.)

Folks, CSS is not broken, and it’s not too hard. (You know what’s hard? Chasing the ever-receding taillights of the next shiny thing.) But don’t take my word for it. Check these out:

CSS Grid is here; it’s logical and fairly easy to learn. You can use it to accomplish all kinds of layouts that used to require JavaScript and frameworks, plus new kinds of layout nobody’s even tried yet. That kind of power requires some learning, but it’s good learning, the kind that stimulates creativity, and its power comes at no sacrifice of semantics, or performance, or accessibility. Which makes it web technology worth mastering.

The same cannot be said for our deluge of frameworks and alternative, JavaScript-based platforms. As a designer who used to love creating web experiences in code, I am baffled and numbed by the growing preference for complexity over simplicity. Complexity is good for convincing people they could not possibly do your job. Simplicity is good for everything else.

Good communication strives for clarity. Design is its most brilliant when it appears most obvious—most simple. The question for web designers should never be how complex can we make it. But that’s what it has become. Just as, in pursuit of “delight,” we forget the true joy reliable, invisible interfaces can bring, so too, in chasing job security, do we pile on the platform requirements, forgetting that design is about solving business and customer problems … and that baseline skills never go out of fashion. As ALA’s Brandon Gregory, writing elsewhere, explains:

I talk with a lot of developers who list Angular, Ember, React, or other fancy JavaScript libraries among their technical skills. That’s great, but can you turn that mess of functions the junior developer wrote into a custom extensible object that we can use on other projects, even if we don’t have the extra room for hefty libraries? Can you code an image slider with vanilla JavaScript so we don’t have to add jQuery to an older website just for one piece of functionality? Can you tell me what recursion is and give me a real-world example?

“I interview web developers. Here’s how to impress me.”

There’s a lot of complexity to good design. Technical complexity. UX complexity. Challenges of content and microcopy. Performance challenges. This has never been and never will be an easy job.

Simplicity is not easy—not for us, anyway. Simplicity means doing the hard work that makes experiences appear seamless—the sweat and torture-testing and failure that eventually, with enough effort, yields experiences that seem to “just work.”

Nor, in lamenting our industry’s turn away from basic principles and resilient technologies, am I suggesting that CDNs and Git are useless. Or wishing that we could go back to FTP—although I did enjoy the early days of web design, when one designer could do it all. I’m glad I got to experience those simpler times.

But I like these times just fine. And I think you do, too. Our medium is growing up, and it remains our great privilege to help shape its future while creating great experiences for our users. Let us never forget how lucky we are, nor, in chasing the ever-shinier, lose sight of the people and purpose we serve.

Another 10k Apart: Create a Website in 10 KB, Win Prizes!

An Event Apart + Microsoft Edge present a new 10k challenge: build a great site that works without JavaScript in 10 KB or less.

The Illusion of Control in Web Design

We think of our job as controlling the user’s experience. But the reality is, we control far less than we imagine.

Web development has changed over the past 20 years, but when it comes to writing CSS, we’re still stuck in the 1990s.

Designing and blogging since 1995, Jeffrey Zeldman (@zeldman) founded A List Apart in 1998; cofounded the web design conference An Event Apart; cofounded and publishes A Book Apart—brief books for people who make websites; wrote the industry-changing front-end bible Designing With Web Standards, now in a third edition coauthored by Ethan Marcotte; is a founding faculty member of the MFA Interaction Design program at School of Visual Arts NYC; and hosts The Big Web Show, an internet radio talk show featuring special guests on “everything web that matters.” His newest thing is studio.zeldman, a web and interaction design studio and strategic consultancy in NYC. More.

More from this Author

Also from this author

“A web designer without a copy of Designing with Web Standards is like a carpenter without a level. With this third edition, Zeldman continues to be the voice of clarity; explaining the complex in plain English for the rest of us.” — Dan Cederholm, author, Bulletproof Web Design and Handcrafted CSS

Get our latest articles in your inbox. Sign up for email alerts.